Pledge of Honor - Heroes of The Nam 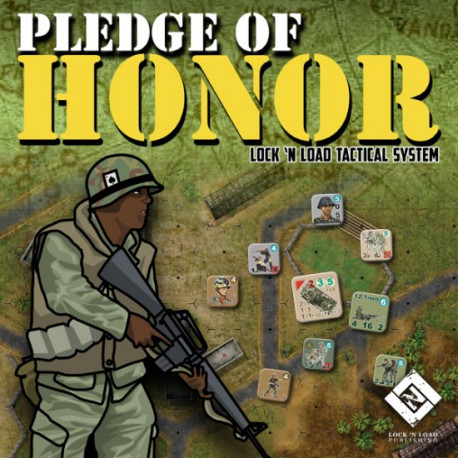 Pledge of Honor is an expansion module for Lock 'n Load Tactical: Heroes of the Nam.

Pledge of Honor brings the Lock 'n Load Tactical squad-level Series, with its fast-paced, intense impulse system, drops you right into the middle of furious jungle firefights and all-out, building-to-building assaults. Pledge of Honor depicts the US Army, US Marines, the Army of the Republic of Vietnam, and ANZAC combat operations against the People’s Army of Vietnam, the North Vietnamese Army, and the Viet Cong, as they fought across South Vietnam.

Pledge of Honor Battlepack brings the forces from the Army of the Republic of Vietnam (ARVN), the United States Army and Marines, as well as their valiant Anzac allies from Australia and New Zealand, take on determined enemies from the North Vietnamese Army (NVA) and the unpredictable Viet Cong (VC).

Pledge of Honor Battlepack includes 8 scenarios and 1 new map, bringing to life powerfully armed Squads are at the vanguard of all actions, spurred on by daring Leaders and other unique individuals such as Snipers, Medics, Corpsmen, Chaplains, Advisors and, of course, Heroes, whose unique skills and sudden appearance can alter the tide of any battle. Helicopters, tanks, and armored personnel carriers (APCs) also join the fight.

Heroes of the Nam 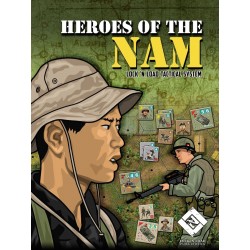 It’s time for another tour of duty. The award-winning Lock ’n Load Tactical Series. Heroes of the Nam. This squad-level game, with its fast-paced, intense impulse system, drops you right into the middle of furious jungle firefights and all-out, building-to-building... 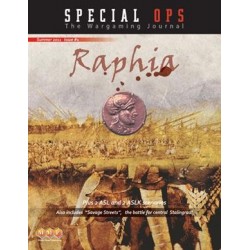 you will find in Special Ops : the wargaming Journal many articles and contents for the Games published by MMP and a full game with die cut counters. 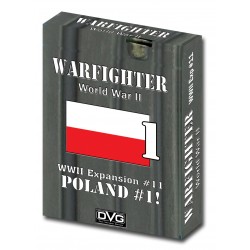 Heroes of the Pacific : For the Emperor 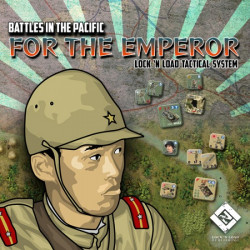 For the Emperor is a Battle-pack expansion for Heroes of the Pacific from the Lock and Load Tactical system.