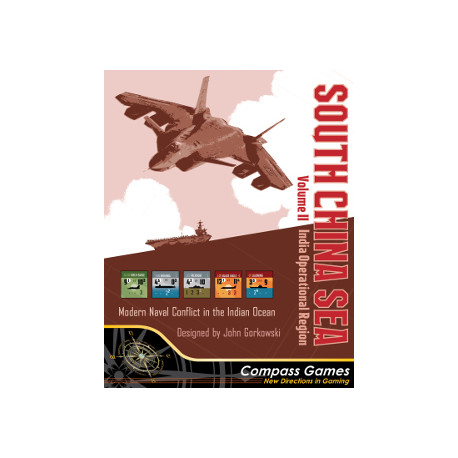 Indian Ocean Region provides an integrated political-military simulation of near future contention and conflict around the Indian Ocean and its oil supply lines vital for East Asian countries.

The game Indian Ocean Region enables participants to play out possible future conflicts, circa 2025, from their political beginnings to military endings with the same game mechanics as used in the South China Sea game.  Players assume the roles of nations or groups of nations and deal cards in multiple rounds of play each representing three to seven weeks to advance their separate agendas.  Each card play might trigger armed conflict.  If violence comes to pass, the time scale compresses to three to seven hours per turn and players deploy their military units to resolve matters by force.  Those forces include: individual capital ships, pairs or triples of smaller vessels, squadrons of aircraft, and battalions of ground troops all waging war at the far end of logistical shoestrings.

Product Information:
• Complexity: 7 out of 10
• Solitaire Suitability: 6 out of 10
• Time Scale: 1 turn = between 3 and 7 hours
• Map Scale: 1 hex = 45 nautical miles
• Unit Scale: aircraft squadrons, pairs of ships/subs, land battalions
• Players: Best with 2 players but can be played with up to 3 players, or solitaire
• Playing Time: 2-4 hours depending on scenario