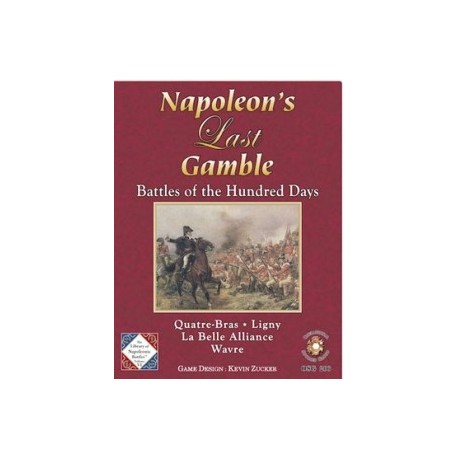 Napoleon’s Last Gamble contains five battles from the Waterloo Campaign and is one of the games from OSG's The Library of Napoleonic Battles series. Fleurus 1794 is an expansion pack

Napoleon’s Last Gamble contains five battles from the Waterloo Campaign, which Napoleon began by seizing the central position between the Prussian and British Armies. On June 15th the Grande Armée was unleashed across the Sambre River. Allied screening forces sent out the warning to headquarters. The Allies executed a forward concentration behind the cover of their screens. As the 16th dawned, troops of both sides still converged on the battlefields.

Napoleon's Last Gamble is one of the games from OSG's The Library of Napoleonic Battles series. Details on the series are below, as all the games share a common rules set and game system.