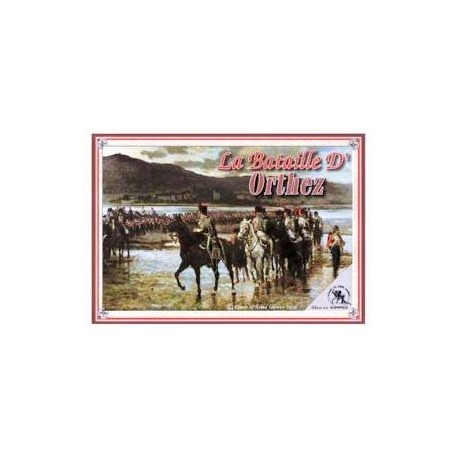 By February 1814, Wellington had invested the French city of Bayonne and was pressing into the French interior with two goals in mind: driving the French army away from the important port city of Bordeaux, and bringing Soult's army to bay. Soult's Army of the Pyrenees, outnumbered and outclassed by Wellington's veteran forces, fell back towards the east, defending a series of river lines. Wellington's troops, showing excellent coordination between their maneuvering wings, were able to turn Soult out of these strong defensive positions one by one, all the while driving toward the inland city of Toulouse.

On February 26, Wellington's lead elements were able to exploit a gap in the French cavalry screen and began crossing the Gave de Pau River unopposed, moving in the direction of Orthez. Soult chose not to fall back, and arrayed his six divisions in excellent defensive positions on the high ground north and west of the town. On February 27, he would be attacked by Wellington's eight divisions.

La Bataille D'Orthez feature two hand drawn maps of the battlefield by Rick Barber, as well as 420 state of the art counters and the usual assortment of charts and tables. The rules are contained in a single book, and are based on those included in La Bataille de Lutzen.

Orthez focuses on the infantry game, and as such serves as an excellent introduction to the system. Artillery plays a supporting role, and there are only a half dozen or so cavalry regiments per side. For the first time we see Wellington and the British on the attack. Command control plays a critical role, and highlights the differences between Wellington's veteran and well-established command hierarchy and Soult's more makeshift organization. British advantages include numerical superiority, command flexibility and their excellent infantry. The main French advantage is the terrific defensive terrain and the defense of interior lines. Make no mistake though, this is a very tough battle for the French. In addition to the main battle scenario, there are several smaller scenarios that can be played to conclusion in a long evening. A variety of optional rules are included to provide replayability and variability for face to face or solitaire play.