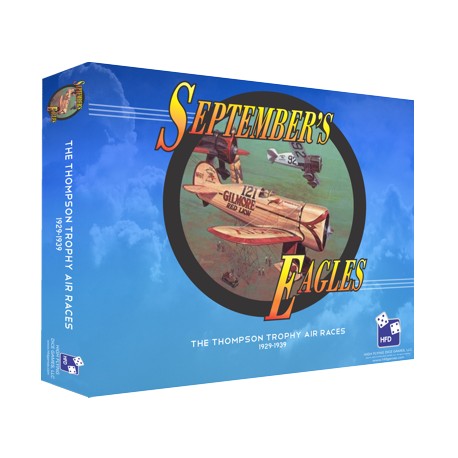 Along a course marked by pylons in front of a huge grandstand built especially for the event, “the Thompson” was the greatest aerial contest of its time. Pilots raced to their planes from a starting-gun's signal, flew off from a standing start, and then raced at speeds of hundreds of miles an hour, scores of feet above ground. The roar of the aircrafts' engines were hardly drowned-out by that of the crowds as they witnessed aerial duels in which planes and pilots were pushed to their limits and sometimes beyond.
The first the Thompson Trophy contest was a six lap race about a course marked by three pylons. As planes became increasingly more powerful and fast, and the numbers of attendees grew by thousands each year, the length and challenge of the race also increased. Nearly each year the number of pylons and size of the race course, as well as the number of laps, were increased. The risk and toll on planes and pilots also rose. From the very first in Cleveland, air racing was marked as the most dangerous of all sports.

September's Eagles recreates the excitement of the Golden Age of Air Racing. The game is for 2-4 players with an Action Card Deck using interactive play to fly the airplanes and wreek havoc among the other players.

36 different planes are in the game from the first race winner, the Travelair R 'Mystery Ship' to the iconic Gee Bee R-1 and Roscoe Turner's 'Gilmore'. Planes are rated for endurance, turning radius, ability to climb or dive and speed.

33 different pilots are represented including pilots such as Jimmy Doolittle, Steve Wittman and Howard Hughes. Each pilot is rated for his skill level and fatigue.

A deck of 54 Action Cards are used by players to move and manuever their planes as well as rallying their planes and pilots. Players may also play cards on other players to disrupt their game.

Each game of September's Eagles comes with a full color and extensively illustrated Rules of Play booklet. In it is a comprehensive example of play to assist in learning the game.

Along with the Rules of Play booklet comes a Racing Program which allows for the gaming of all the Thompson Trophy Races starting with the first in 1929 through to the final one in 1939.