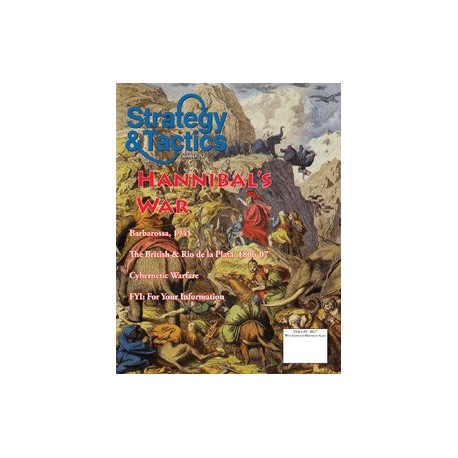 In this Strategy and Tactics magazine you will find historical articles and the wargame Hannibal's war with die cut counters.

Hannibal's War is a two-player, three-player or four-player wargame of intermediate complexity, simulating the struggle to gain control of the western Mediterranean and the lands surrounding it during the late 3rd century BC. That struggle historically pitted Rome against Carthage in a titanic clash that shaped the fate of the Western world for the next several centuries. The historical scenario therefore also pits two players against each other, one commanding Rome and the other Carthage. Third and fourth players can be added, however, to explore the possibilities had the 2nd Punic War grown even larger through greater Gallic and Macedonian participation. Each player has a variety of military and political instruments with which he can attempt to carve out an empire and annihilate his foes. The game uses an evolution of the system first presented in the earlier, and much liked, S&T game "1066." It's designed by S&T Editor Joseph Miranda.

The square-grid map shows all the western and central Mediterranean from Iberia on the west to Greece in the east. Each square equals 100 Roman miles from side to side.

Each of the 17 game turns equals one year, and experienced players can count on being able to finish a match in about four to six hours. 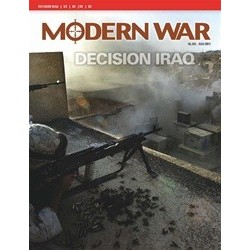 In this Modern War magazine you will find modern Warfare articles and the wargame Decision Iraq with die cut counters. 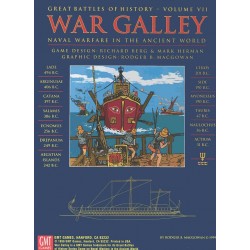 Epic of the Peloponnesian War 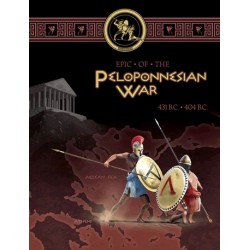