ASL - The Fight for Seoul 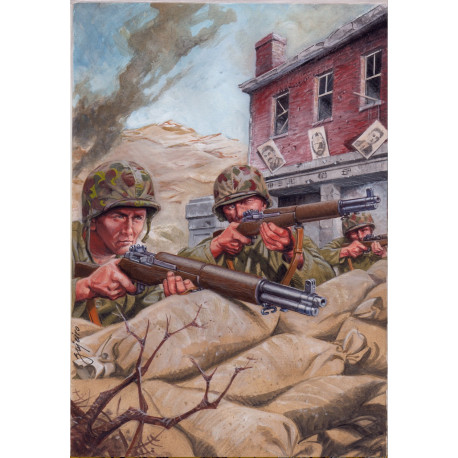 This huge historical module for Advanced Squad Leader covers the Liberation of Seoul by USMC and allied troops.

More info about ASL - The Fight for Seoul

"The Fight for Seoul" is LFT’s third Historical Module, after The Shield of Kholm. and before it Operation Chariot. This module is also LFT’s first foray into the Korean War, the first hot war of the Cold War era.

"The Fight for Seoul" contains 21 H-series scenarios, 2 campaign games, two maps (each KGS in size), rules, and one sheet of full-color counters. The action moves from battles to cross rolling rural terrain in the face of entrenched hilltop defenders and on into a bitter urban struggle amid a city that was a mix of architectural styles. "The Fight for Seoul" captures a pivotal moment in the Korean War, one which swung the war in favor of the United Nations, if only for a few months.

"The Fight for Seoul" captures the intensity of the battles that led to the liberation of Seoul by U.S. Marines and ROK Marine Corps from KPA forces. Never-seen-before terrain combinations will raise new and challenging issues to the field commanders of your ASL army. How well will you fight for Seoul ?

Here is what you will find in your The Fight For Seoul box :

its specific rules booklet (28 pages)
the two CG with, for each of them :
the scenario card
the UN initial OB
the initial KPA OB
the reinforcements charts
the FLAK alley aid chart (x2)
the RG purchase record
the CG Roster

Required elements include, but not limited to, Forgotten War, Information Counters of all forms, ASLRB, Gung Ho/Rising Sun and Red Barricades perimeter markers (or their substitute).