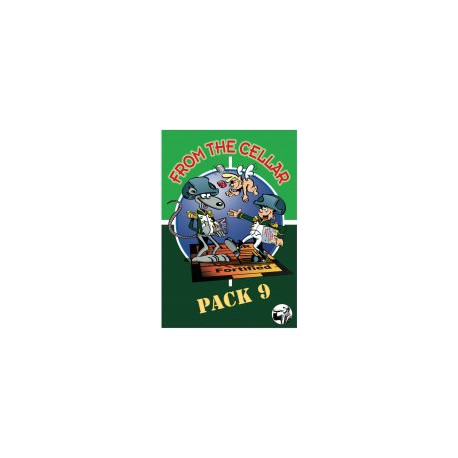 More info about ASL - From the Cellar 9

a selection of 10 scenarios from “Vae Victis,” as well as 7 other original designs. For those who do not know this publication, “Vae Victis” is a French magazine that deals with wargames in general, and that contains in each of its issues one original ASL scenario (most of the time, from Herr Doktor). It covers a wide variety of subjects and also contains a full game inside.

Too little, too soon
Panzerschlacht !
Alcazar !
Inainte !
The Battle of Algiers
20 years later...
Summer Duty
Hands off the Loot !
Balkan-Kessel
A Fine Mess...
Thugny-Trugny
Spain’s Crusaders
End of the Rope...
Revenges at Saint-Julien
The Lock of Colmar
Rise of the Viet Minh
Former Foes

3 scenarios in the Pacific (including one with French vs Viets)

5 scenarios on the East Front