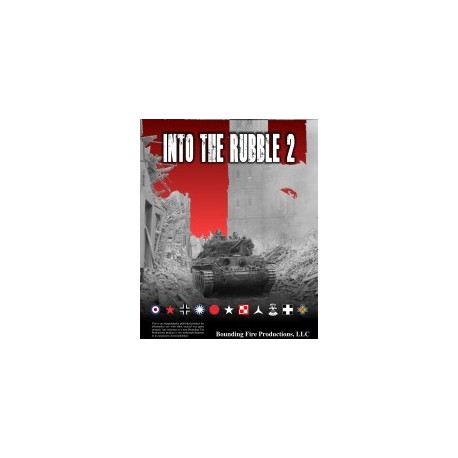 More info about Into the Rubble 2

nto The Rubble offers players the opportunity to do cardboard battle in cities and railroad yards. The scenarios range from 1938 to 1945 with a variety of forces including American, Chinese, German/SS, Hungarian, Japanese, Nationalist Spanish, Republican Spanish, Romanian and Russian.

Into The Rubble 2 builds on BFP's initial offering, adding 12 new and exciting scenarios in addition to the 8 which came in the original pack, in addition to new boards, overlays and counters. Everything from the original ITR is here, all known errata has been incorporated, and some of the original scenarios have been adjusted for play balance.

Into the Rubble 2 includes the following:

Aviss about Into the Rubble 2